Projects that seemed impossible have become reality thanks to Mammoet’s extensive technical expertise and high quality and safety standards.

Mammoet is a global organisation offering solutions for heavy lifting and transport challenges. They specialise in transporting, shipping and placing large and/or heavy objects to and from any location. For Mammoet, the emphasis in every project is on safety and quality.

In Malaysia, they were contracted to lift a 1210 tonne part used to purify gas. The upper part of the 55-metre long absorber was lifted by a so-called Tower Gantry.

Mammoet developed its own spreader to be able to hoist these enormous mast sections of such a Tower Gantry safely from a distance. The spreader is placed over a component after which the 4 hydraulic pins are remotely secured. This is done by using a remote control from Tyro Remotes.

Mammoet opted for the 3x Corvus 2FD (1 reserve) in combination with the Aquarius Dual Analog, partly because they have a wide range. The bidirectional remote control is equipped with two function keys:

The remote control with associated receiver is fully customised. For example, a status message appears on the remote control when a pin is pulled out and this LED is switched off when the pin is retracted. The choice of frequency can also be set manually. 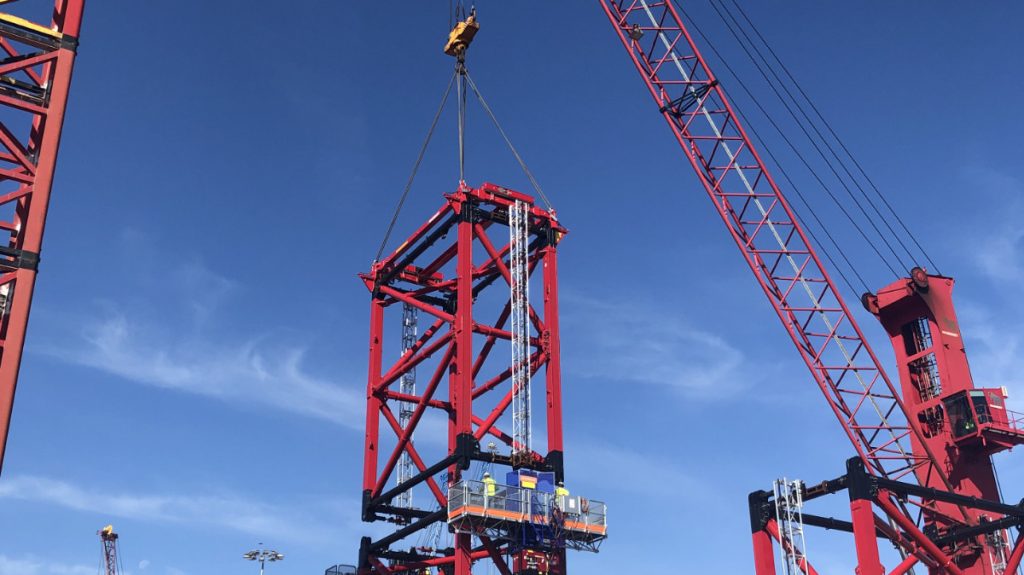 When the Corvus remote control is not on or out of range, the emergency stop is activated and the motor of the power pack stops. The Aquarius Dual Analog receiver is built into an electrical cabinet of the power pack. For optimal range, an antenna with magnetic base is placed on the outside. Lifting operations such as the Matagarup bridge in Australia are very costly. To prevent delays due to unforeseen circumstances, a full powerpack (including receiver), as back-up, is highly recommended.