Safety at sea at strong forces!

Tyro Remotes’ products can be found in all kinds of unique places, including in the middle of the sea. We have contributed via a wireless M2M system to a unique transport of a 8,100 ton steel frame. This so-called Jacket was transported from the North Sea towards the coast for recycling.

The world’s largest offshore construction vessel, Allseas’ Pioneering Spirit, lifted the steel frame from a platform at sea and transported it towards the coast of the Shetland Islands. Arriving at the quay, the 83-meter high frame still had to be landed. To do this, the frame was moved from the Pioneering Spirit onto a flat barge, the ‘Iron Lady’. This transfer was done from the ship via powerful Strand Jacks that were placed on Iron Lady. The frame was then sailed the last bit to shore and pushed onto the quay.

During this operation it was important to be able to automatically switch off the Strand Jacks remotely in case of overload. The Strand Jacks used were so strong that if the forces were too high, the winches of the Pioneering Spirit could be pulled out of their foundations. For added security, a Tyro M2M system was used to support the safety systems.

The perfect set for the sea

Connecting two ships with cables at sea is challenging. Therefore, a wireless system consisting of two Auriga units in an M2M connection was chosen. The perfect installation for this job thanks to the dust- and splashproof housing and a good range.

M2M stands for Machine to Machine. A solution in which a signal is sent between two installations without requiring human action. Like a regular set, an M2M set consists of transmitter and receiver unit. The transmitter was connected to the output of the Overall Safety System on the main ship, while the receiver was connected to the Strand Jacks on the barge. If an excessive load would have been measured, the winching would have been stopped automatically thanks to the wireless connection.

Want to know more about our M2M solutions or wireless industrial remote controls? 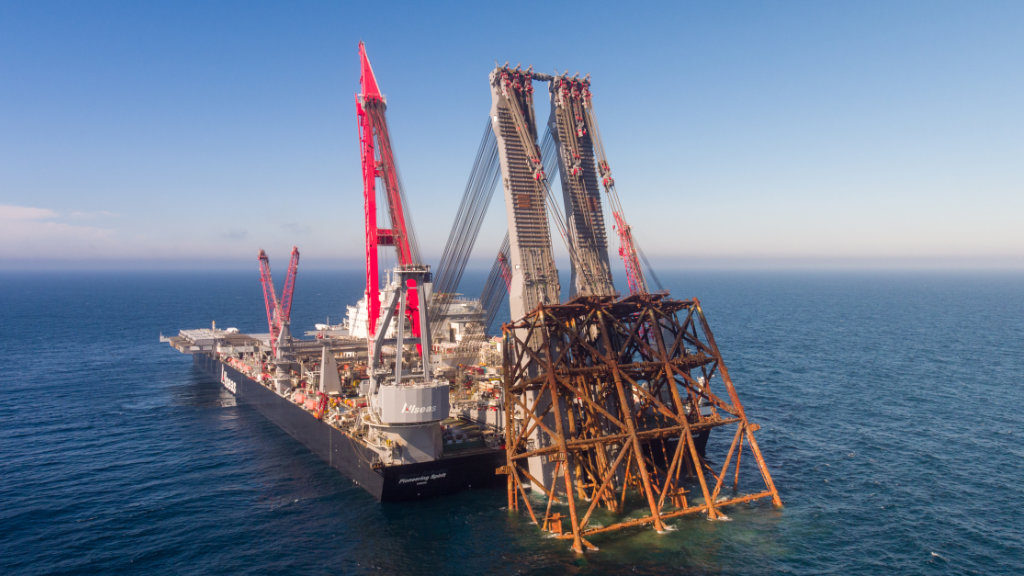 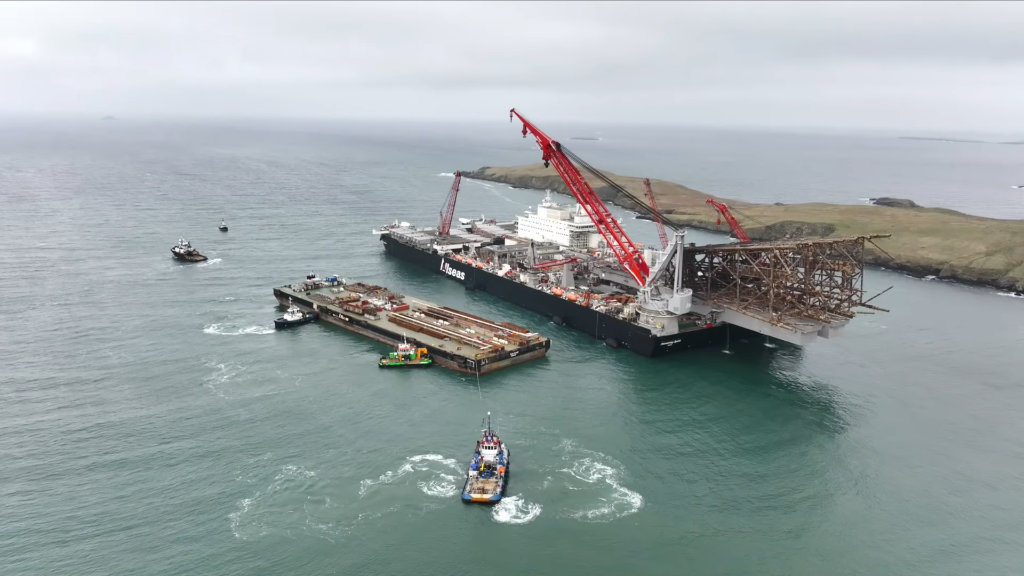 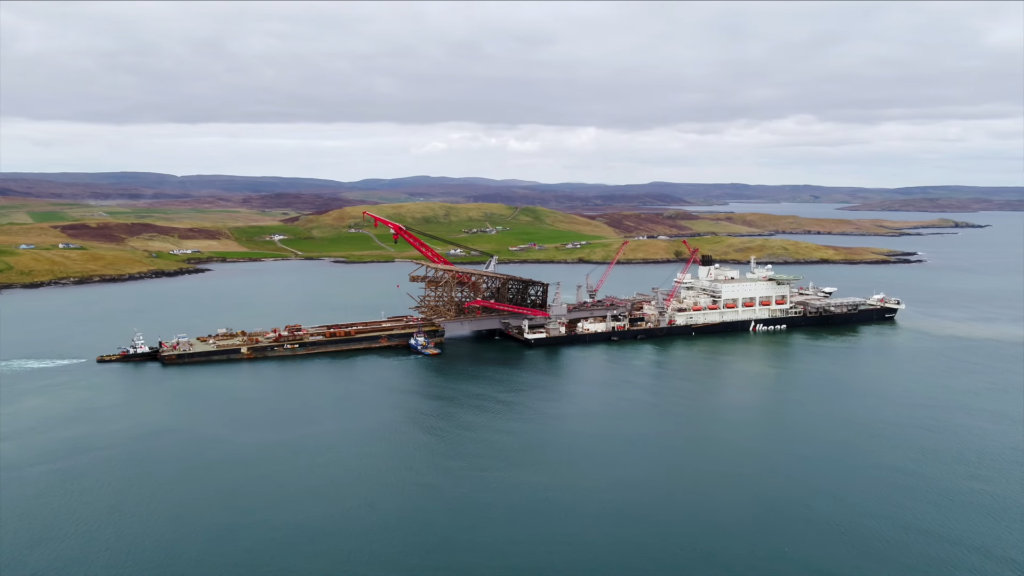 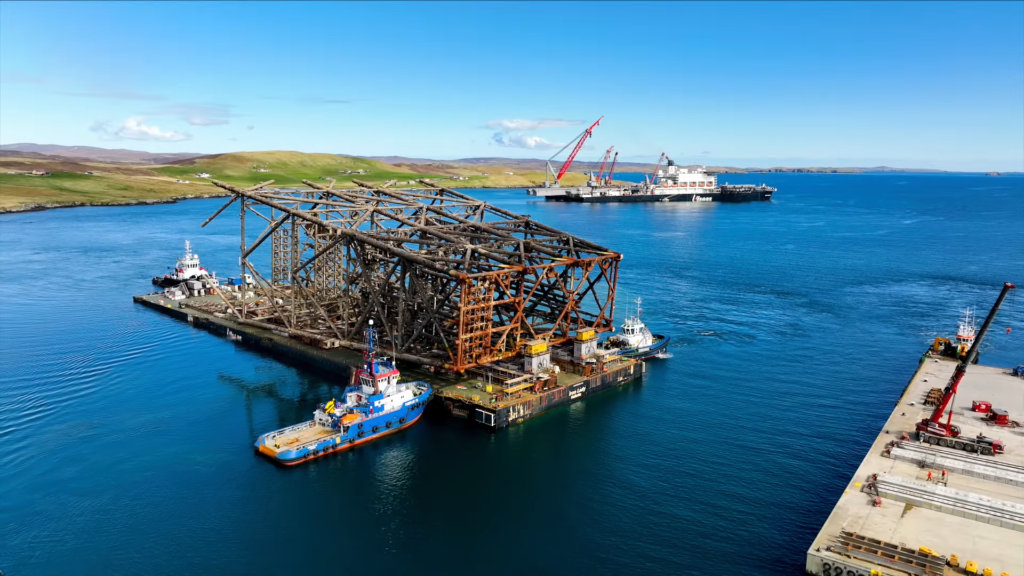 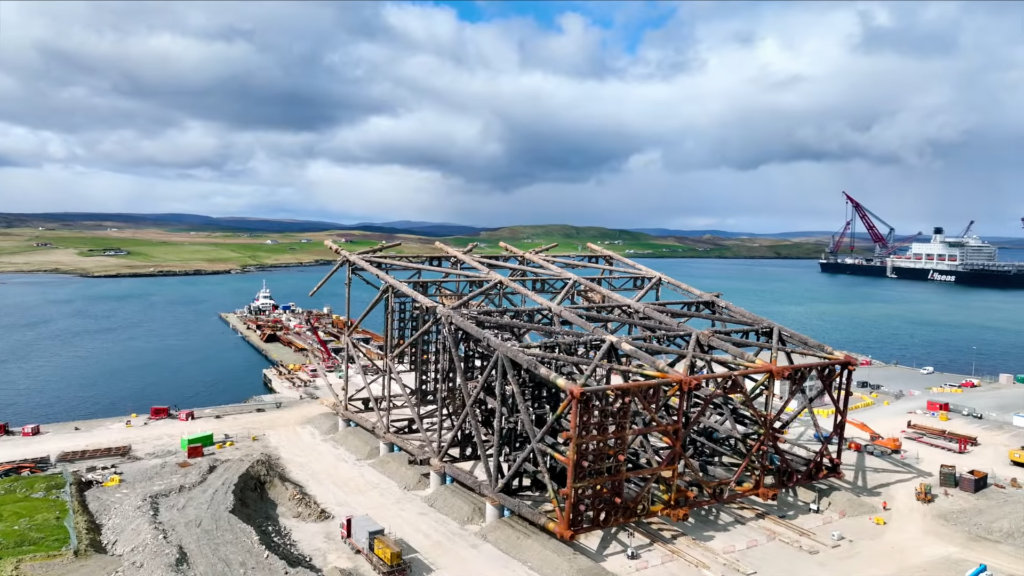