Sperlich Circus has been performing for more than 130 years and is known throughout Germany. The circus, which has been passed down from generation to generation has gone through many changes and has developed into a leader in the market of educational circus projects for schools.

Gerhard Sperlich’s circus is on the road for nine months of the year. You can imagine when travelling so much that some comfort on the way is desired. During the winter months Robert Sperlich does all he can to make his motor home as comfortable as possible.

As soon as the circus has reached the new location, Robert can expand his motor home by means of a hydraulic system. This makes it easy to create a larger living area. 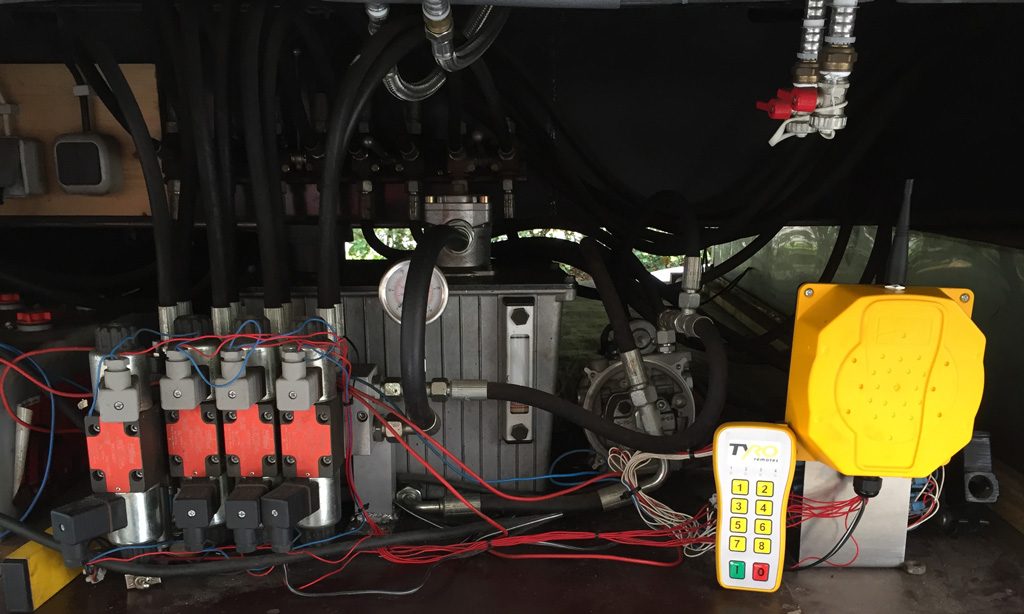 The disadvantage of a cable system

Robert, who assembled a large part of the mobile home, was not at all impressed with the cables. The included cable system did not work as it should have done and even broke down. Next to that, the cable limited the view; when extending and drawing in the system the view was only visible from a certain position. It is not surprising that he took the first chance to have the hydraulic system provided with a Tyro remote control.

The wireless Pyxis remote control is provided with eight functions and has a large range in an open field. The various extensions on the motor home can be extended and drawn in before traveling to the next location.